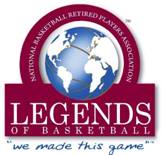 NBRPA FAST BREAK: News you can use!

It’s the most wonderful time of the basketball year …

NBA All-Star Weekend in Orlando, February 23-26, is just a few weeks away. With that in mind, we would like to provide a few updates and share our most recent schedule for the weekend (attached to this email).

As part of our All-Star festivities, the NBRPA will celebrate Black History Month on Friday, Feb. 24. With participation from basketball legends of every era, we will host a full day of activities headlined by a Hardwood Pioneers Roundtable in which Kareem Abdul-Jabbar, Elgin Baylor, Julius Erving, Dr. Richard A. Lapchick, Earl Lloyd, Dolph Schayes, Sharon Robinson (daughter of baseball legend Jackie Robinson) and others will discuss African-American impact on sports and the game of basketball. The Honorable Marc H. Morial, President & CEO of the National Urban League and former Mayor of New Orleans, will serve as emcee for this very special event.

“All of our panelists lived and made history,” said NBRPA CEO Arnie D. Fielkow. “Earl Lloyd was the first African American to play in an NBA game, just a few years after Jackie Robinson broke the racial barrier in baseball. NBA Hall of Famer Dolph Schayes was Earl Lloyd’s teammate, and sports and civil rights activist Rich Lapchick’s father was an NBA head coach in this era. Later, Elgin Baylor, Kareem Abdul-Jabbar and Julius Erving – true NBA superstars – changed the face of the league forever and helped make professional basketball the beloved national treasure it is today.”

ORLANDO SENTINEL SPOTLIGHT’S NBRPA CHAPTER DEVELOPMENT WITH SAM VINCENT
To help generate NBRPA media buzz heading into All-Star Weekend, we worked with the Orlando Sentinel to set up an interview with new NBRPA Director of Chapter Development Sam Vincent. Sam did a great job with the interview and the result was a nice, positive article that can be found here: http://articles.orlandosentinel.com/2012-01-28/sports/os-magic-schmitz-sunday-0129-20120128_1_sam-vincent-opportunities-head-coach. Our announcement about Sam’s hiring was also placed as a short item in this week’s Sports Business Journal, and we have several additional All-Star related press announcements coming soon.

With current chapters in Atlanta, Houston, Los Angeles, Orlando and Phoenix, the NBRPA is working to expand this local-city program for members. Chicago and Dallas NBRPA members are in the process of forming new chapters and several other cities have active groups looking to formalize.

PAID OPPORTUNITY: BRUNO SPORTS ENTERPRISES
Bruno Sports Enterprises is a collegiate basketball consulting firm that works with the NBRPA and its members to secure jobs in coaching and athletic administration. Linda Bruno, the company’s principal, came to us with the following opportunity:

PlayUp, a social media company, is looking for former NBA players to serve as hosts for remotely-accessed NBA and college games. As part of the program, PlayUp establishes a temporary private chat room for the host to interact with fans during the game. The host would be asked to exchange comments with participating fans, offer opinions, anecdotes, etc.  The company will pay a per-game fee and no travel is necessary. Former players with a Twitter following are preferred.

SAVE THE DATE: NBRPA TO HOST ‘MAGIC/BIRD’ PLAY IN NEW YORK AS FUNDAISER ON APRIL 19, 2012
Basketball is coming to Broadway this spring with the opening run of the critically-acclaimed “Magic/Bird” play set to run this spring at the Longacre Theatre in New York City. Producers Fran Kirmser and Tony Ponturo – the same pair that brought sports fans and theatergoers “Lombardi” – wrote the play that casts Kevin Daniels as Earvin "Magic" Johnson and Tug Coker as Larry Bird.
The NBRPA has secured one night at the Longacre Theater to use “”Magic/Bird” as a fundraiser for our Association. Details are still being worked out, but the April 19 date is locked in so mark your calendars. We look forward to making a more detailed announcement regarding this exciting fundraising opportunity in the near future.