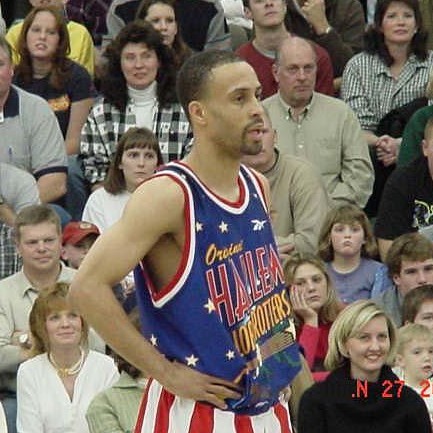 Charles H. Smith, Jr. affectionately known as “Choo” was born to Brenda and Charles H. Smith Sr. on November 30,1970 in West Baltimore. Choo is a graduate of the prestigious City College High School and earned his Bachelor of Science Degree in Computer Science from his beloved University of the District of Columbia (UDC).

Choo attended Bowie State University in Maryland where he progressed to be the starting Point Guard for the Bowie Bulldogs and after his first year was recruited by Mr. Will Jones, head coach of the UDC, Firebirds where he quickly earned the starting point guard position. The Firebirds went seven games over .500 for the first time in 10 years. Choo was honored for his exceptional basketball skills and finished his college career as the school’s all-time leader in Steals and Assists. During this time Choo was voted MVP of the team, he won The Pigskin Classic Award as the “Best Player” in the region and the Reslyn W. Henry Memorial Award. Charles “Choo” Smith graduated from the University of the District of Columbia with a Bachelor of Science Degree in Computer Science. Choo was inducted into the University of District of Columbia Athletic Hall of Fame in November 2015.

Choo’s ability to reach the youth is uncanny. He has the unique ability to reach youth on all levels; racial, socioeconomic background or gender and can generate results without compromising any of his beliefs. Choo is a man of ethics and his faith in Christ is applied in every aspect of his life.

Over the years Choo has been featured on both local and national levels and in all media outlets (print, radio, and TV). Choo has appeared on all major television networks (ABC, NBC, CBS, and Univision) and appeared on Good Fellas of Baltimore, a Fox reality show, and the new ABC Reality show “Ball Boys.”

As a humanitarian, Charles “Choo” Smith has and continues to touch the lives of youth throughout Maryland and across the world.

In the Summer of 2018 Choo became the Vice President of Basketball Operations for the Young 3 organization with retired NBA legend Jerome Williams. The Young 3 is the youth and community arm of the Big 3 Professional Basketball League founded by legendary rapper Ice Cube.