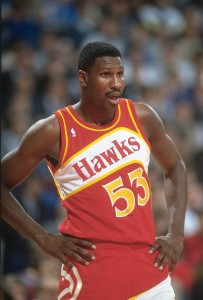 Levingston starred at Wichita State University, before being drafted by the Detroit Pistons in the 1982 NBA draft. After two seasons with the Pistons, he was traded to the Atlanta Hawks.

After six seasons with the Hawks, Levingston joined the Chicago Bulls, with whom he won two championship rings in 1991 and 1992. From 1992 to 1994, he played overseas with PAOK of the Greek Basket League, and as such he played in the final four of FIBA European League (now called EuroLeague). In 1994, he returned to America, and joined the Denver Nuggets, and he retired from the league in 1995, with career totals of 5,888 points, 4,307 rebounds, and 593 blocked shots.

In 2000, Levingston began his coaching career as an assistant basketball coach with the Fort Wayne Fury of the Continental Basketball Association (CBA). In 2001, he served as an assistant coach with the Dodge City Legend of the United States Basketball League (USBL). In 2002, he returned to Dodge City, to serve his first stint as a professional league head coach; that year the Legends won the USBL title, and Levingston was named the USBL Coach of the Year.

From 2003 to 2004, Levingston served as an assistant coach for the Harlem Globetrotters. In 2004, he coached the St. Louis Flight of the ABA.

In 2005, Levingston was hired as an assistant coach of the Gary Steelheads, of the CBA; that year, the Steelheads played their best season in franchise history, though they lost the championship game. In 2006, he briefly served as an assistant coach for the Kansas Cagerz, and in November, he was officially hired by the Gary Steelheads (of the USBL), as head coach for the 2007 season. In the fall of 2007, Levingston was hired by the Oklahoma Cavalry of the CBA.

In the fall of 2011, Levingston became an assistant coach for Michigan City Marquette High School, in northern Indiana.

In 2012, Levingston was named the 2nd head coach of the Rochester Razorsharks of the Premier Basketball League.

In 2020, Levingston was named the 1st head coach of the Kokomo BobKats of the TBL.