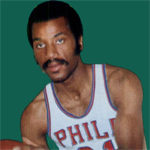 Discovered on an Air Force base in Maryland, Archie Clark was a standout on the University of Minnesota’s basketball and baseball teams in the 1960s. He ranks among many Golden Gophers in the basketball history books and was part of Dick Seibert’s storied National Championship baseball team. He was also one of the first African-Americans to be named captain at the school in any sport.

Born in Arkansas, Clark was the fourth child in a family of 12. His passion for sports began on the baseball field in 1946 when he was five years old. He even made the junior high school swimming team, but didn’t start playing basketball until he reached the 10th grade. Clark shined on the basketball court and the baseball field. Following high school, he looked for work in the steel mills, but due to the recession, joined the Army where he remained for three years. Lucky for the University of Minnesota, Clark may have missed his major league opportunity when the Detroit Tigers invited him to spring training 10 days after joining the Army.

Attached to an Air Force missile unit in Maryland, he participated on the Andrews Air Force Base intramural basketball team. His coach, Buzz Bennett, a former Minnesota basketball player, was captured by Clark’s talents and gave a Minnesota assistant a call. At 21 years old, Clark accepted a scholarship. He now sits 19th on the school history list with 1,199 total points. He is listed among other Gophers for record-breaking career performances, including a scoring average of 16.7 points to place 10th all-time for career scoring average and ninth for free-throws made with 291. He was named MVP in 1966.

Selected by the Los Angeles Lakers in the 1966 NBA Draft, Clark enjoyed a 10-year NBA career, including stops with the Lakers, Philadelphia 76ers, Baltimore Bullets, Seattle Supersonics and Detroit Pistons. Following his playing days, he got involved with a number of endeavors including Detroit politics, real estate, and became president of a Detroit parking firm and a joint partner with APCOA, one of the nation’s largest private parking operators.

Clark is one of five founders of the NBRPA and an active member of the Detroit-area NAACP. He is also the proud father of eight children and six grandchildren.