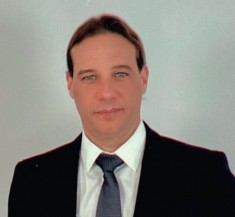 Julio Manteiga joined the National Basketball Retired Players Association (NBRPA) in January 2021. Prior to joining the NBRPA, Julio served in a dual role as Director of NBA’s Latin America communications and Media Monitoring Departments. At the NBRPA, he oversees all of the organization’s growing digital and social efforts as well as handle the day-to-day proactive communications.

Manteiga started at the NBA in 2003 and rose within the ranks at the league, eventually serving as Director of Communications for Latin America for five years. He developed communications plan for daily and weekly dissemination of league announcements to key media stakeholders in the U.S. and Latin America, ensuring accurate league information was published by media partners and regional news outlets. He also integrated standardized operations for local PR/Marketing agencies in Brazil, Dominican Republic, Mexico, and Puerto Rico to enhance the NBA’s efforts in region and vastly increasing relevancy with local fans and business partners. The New York native also developed, implemented, and executed NBA’s global influencer program for all influencer appearances and promotions at key events that expanded the NBA’s global social media presence among many other duties.

A graduate of Five Towns College in Dix Hills, NY, Manteiga is fluent in English and Spanish and conversational in Portuguese.