Rachel Parrish is a proud Chicagoland native and marketing executive with more than a decade of experience helping professional athletes and Fortune 500 companies, including the NBA, State Farm, NBCUniversal and Aon, tell their brand story. Her expertise is integrating brand strategy across Marketing, Communications, Digital Content, Social Media and Sponsorships. 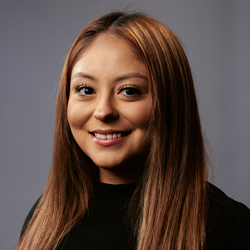 Beatriz, who also goes by “B” joined the National Basketball Retired Players Association (NBRPA) full-time in June 2022 after interning for the association in the Operations and Events department.

Prior to beginning her professional career with the NBRPA, Beatriz worked for ATI Physical Therapy as an Exercise Specialist and later interned for teams, such as the Chicago Red Stars and the Fighting Illini Football Team.

The Chicago Native received her bachelor’s in Kinesiology from the University of Illinois at Urbana-Champaign (UIUC). Beatriz also earned her master’s degree in Professional Sports Industry Management from Georgetown University. 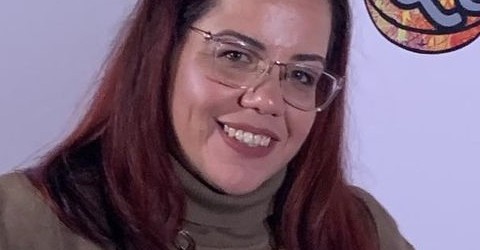 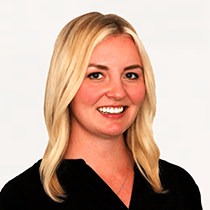 Prior to joining the NBRPA, she was the Associate Manager of Creative Services at KemperLesnik. A native of Saint Paul, Minnesota, Law received her Bachelor of Arts in Sociology and Spanish degree from DePauw University. Law also holds a Master's degree in Communications with a specialization in Digital Media from Loyola University Chicago. 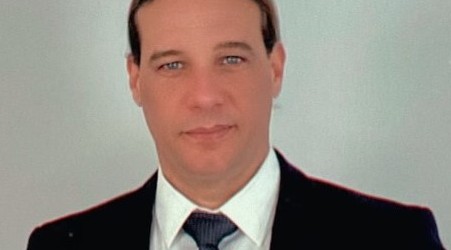 Julio Manteiga joined the National Basketball Retired Players Association (NBRPA) in January 2021. Prior to joining the NBRPA, Julio served in a dual role as Director of NBA’s Latin America communications and Media Monitoring Departments. At the NBRPA, he oversees all of the organization’s growing digital and social efforts as well as handle the day-to-day proactive communications.

Manteiga started at the NBA in 2003 and rose within the ranks at the league, eventually serving as Director of Communications for Latin America for five years. He developed communications plan for daily and weekly dissemination of league announcements to key media stakeholders in the U.S. and Latin America, ensuring accurate league information was published by media partners and regional news outlets. He also integrated standardized operations for local PR/Marketing agencies in Brazil, Dominican Republic, Mexico, and Puerto Rico to enhance the NBA’s efforts in region and vastly increasing relevancy with local fans and business partners. The New York native also developed, implemented, and executed NBA’s global influencer program for all influencer appearances and promotions at key events that expanded the NBA’s global social media presence among many other duties.

A graduate of Five Towns College in Dix Hills, NY, Manteiga is fluent in English and Spanish and conversational in Portuguese.

Cameron Ballard joined the National Basketball Retired Players Association (NBRPA) full-time in August 2017, after previously serving with the organization as a legal intern.

Prior to beginning his professional career at the NBRPA, Ballard was admitted to the Illinois State Bar after attended the John Marshall Law School (Chicago), where he earned his Juris Doctorate degree in 2016.  Ballard received his undergraduate degree from Louisiana State University.

The Wilmington, N.C. native was inducted into the Old Dominion Sports Hall of Fame in 1991 after a standout career in which he was named the Sun Belt Conference Player of the Year as a senior and finished as the conference’s all-time leading rebounder.

Gattison and his wife, Harriet, have four children: Natasha, Kyle, Bryce and Grant. 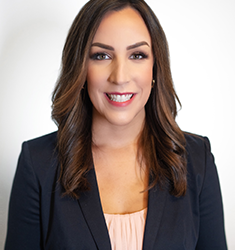 Prior to joining the NBRPA in 2012, Miller spent four years as a legal assistant/paralegal for Codilis and Associates.

Scott Rochelle was named President and CEO of the National Basketball Retired Players Association in March 2018, after serving in several senior roles, including Senior Vice President of Partnership Development / General Counsel, and Vice President of Membership, Programming and Chapter Development.

In his role as President and CEO, Rochelle oversees the Retired Players Association’s day-to-day operations, including securing new cutting-edge partnerships for former players to thrive and prosper. In addition, he continues to strengthen and foster the association’s local chapters which has expanded to 12 cities during his tenure as President and CEO.

At 41, Rochelle, is a rising star in the basketball world, working closely with the NBA executive team to guide revenue-generating and philanthropic programs that involve the greatest names in the NBA. He is re-writing the business strategy of the Retired Players Association and has the support of the NBA and NBPA.

Prior to joining the Retired Players Association, Rochelle served as an attorney for a mid-sized Chicago law firm, leading the Sports and Entertainment practice group with a focus on professional athlete business advisement, contract and endorsement representation.

He currently serves as a member of the Nominating and Corporate Governance Committee for the U.S. Center for SafeSport and has served as a Board Trustee of the Naismith Memorial Basketball Hall of Fame since 2018.

Rochelle is a graduate of Morehouse College in Atlanta, Georgia and received his Master’s in Education and a law degree from the University of Illinois at Urbana-Champaign.